Updating workers’ rights
By Dr. Larry Fedewa
(May 25, 2019) Until now, we have been exploring the case for Conscious Capitalism on the basis of economic necessity. It is clear that the strength (68%) of America’s economy is based on consumer demand. Most of the consumer purchases in America are bought by the families of the middle class, because there are more of them and because their needs tend to cover a wide spectrum of goods and services. It is therefore critical that a majority of Americans have enough money to buy an ever-increasing supply of consumer goods and services if our economic engine is to keep on growing.
But the fact is that more and more of the available capital is ending up in the hands of the very rich, leaving the vast majority of the population with less and less disposable income. However, the consumer needs of the very rich are limited; most of their spending goes for investments and passive income. In order for our economic progress to continue to prosper, therefore, something must be done to distribute more of America’s wealth to a larger proportion of America’s population. The alternative is the eventual destruction of the capitalist system which has worked so well for us for the past two centuries.
END_OF_DOCUMENT_TOKEN_TO_BE_REPLACED

Breaking out of the pack!

By Dr. Larry Fedewa
(May 18,2019) I confess that I have caught the fervor of a convert to a new movement. As I write, speak and broadcast about Conscious Capitalism, I feel like Paul Revere as I keep hearing “Wow! I never heard of Conscious Capitalism but it sure sounds like the answer to a lot of our problems!” Among others, this is the reaction of my fellow talk show hosts who are generally very well informed.
On the other hand, however, the reform of Capitalism is much discussed and written about. Some examples from Amazon’s Books: Joel Solomon’s “Clean Money – reinventing power, purpose and capitalism”; Frederic Laloux’s Reinventing Organizations, and Everybody Matters by Bob Chapman with Raj Sisodia (love that title).
END_OF_DOCUMENT_TOKEN_TO_BE_REPLACED

Do unions still have a place at the table?

by Dr. Larry Fedewa (May 12, 2019)
“Conscious Capitalism” promotes the most expansive view of workers’ rights ever to be advocated by corporate management  in the history of capitalism. At last, workers are accorded the respect due to major stakeholders in the organization, whether a corporate giant or an entrepreneurial start-up. Almost always this means sharing in the profits of the company if not outright  stock ownership.
This view of the business flows from an idealistic definition of the enterprise which includes, among other things, the function of profits as a necessary means to a greater good. The greater good is the mission of the firm as providing a community service through the sale of its goods or services. Conscious Capitalism challenges everyone in the organization to contribute to  the fulfillment of this mission and provides the resources to do so.
END_OF_DOCUMENT_TOKEN_TO_BE_REPLACED
Entrepreneur Magazine 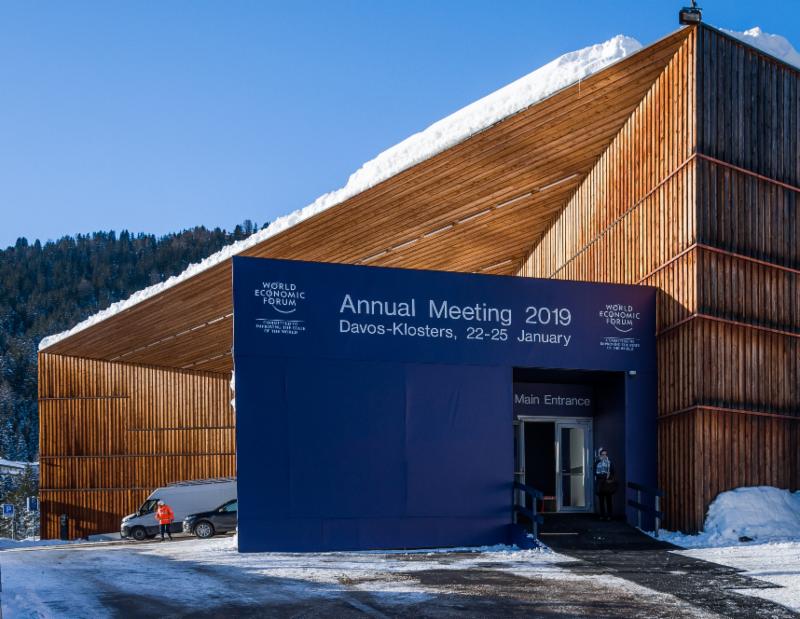 Barry Salzberg is global CEO of Deloitte Touche Tohmatsu Limited.
January 30, 2015 5 min read
Opinions expressed by Entrepreneur contributors are their own.
LinkedIn Influencer, Barry Salzberg, published this post originally on LinkedIn
Last week’s World Economic Forum’s meeting in Davos gave leaders from politics, business, and civil society the chance to connect on critical issues. This year’s theme and focus for the forum, “The New Global Context,” represented a critical issue for the business landscape and resonated with attendees as they debated the huge transformations resetting how we operate. I wrote the following post for CBNC and it was originally published on their website on 21 January 2015.
Of the many exciting changes facing all of us, the most important has to be how we collectively advance society in the new global context. This particular undertaking is not being driven by the few thousand people meeting in the Swiss Alps, but by talent around the world. Take millennials, the world’s future and, in some cases, current leaders. In a recent Deloitte Touche Tohmatsu Limited (Deloitte Global) survey of nearly 8,000 young professionals from 29 countries, most said business is too focused on a narrow agenda of profit and product, rather than on improving society by addressing the purpose and people of business.
Simply put, they believe the business agenda needs a reset. I agree, and here are three ways I think we can do better business in 2015:
END_OF_DOCUMENT_TOKEN_TO_BE_REPLACED 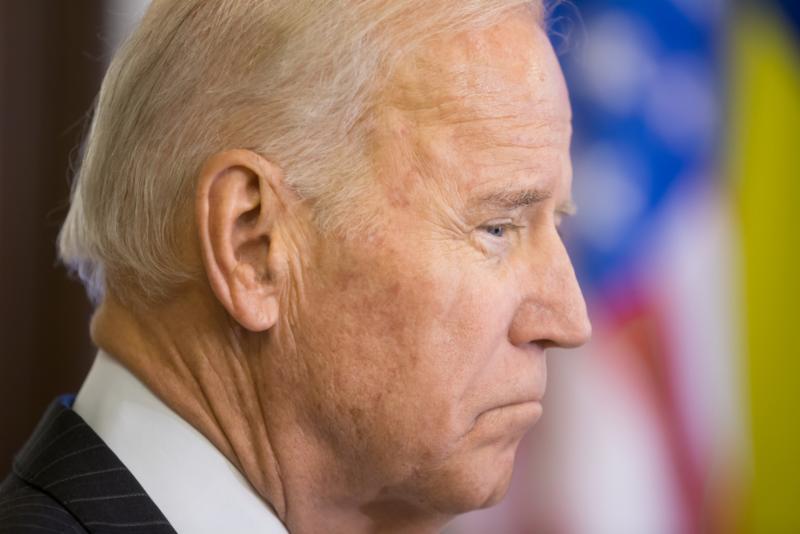 How will Mr. Biden rebuild the middle class?
By Dr. Larry Fedewa (April 30, 2019)
As our regular listeners and readers know, I have been talking about the “wealth gap” between the 1% of Americans – who control as much as 80% of America’s wealth –  and the rest of us for the past several weeks. In a consumer-dominated economy (68% of GDP), the major consumers are the middle class. If the buying power of the middle Americans continues to be eaten away by inflation, the economy will begin to contract, and recession becomes more likely and more severe than anything seen in America since the Great Depression of the 1930’s. So, my conclusion is that something has to be done to increase the wealth of the middle class.
I’m pleased to note that former Vice President Joe Biden has taken this issue as his campaign theme! He has not yet told us how he intends to rebuild the middle class. We shall have to see about that.
In the meantime, however, I have been looking for a capitalist means of redistributing some of the wealth produced by our inventive compatriots. The Bernie Sanders Democrats want to solve this problem by appointing the federal government as the re-distributor of the nation’s wealth, using the tax system.
This solution is courting the disaster which occurs eventually to every Socialist regime. Why? Because, like Detroit and Nicaragua, the state’s well eventually runs dry and government goes bankrupt. The simple fact is that governments know only how the spend money, not how to make money. It takes business to produce profits. To the extent that business is free to compete, to try new ideas and inventions, to that extent businesses will be profitable and the country prosperous. The secret to America’s enormous prosperity is our capitalist system which leaves business reasonably free to succeed.
So, we need a capitalist solution to re-distribute the profits generated by our successful businesses. Here is where we run into the core issue. American technology has always been driven by the goal of reducing the need for human labor. It started because simply surviving on the frontier demanded nearly all a person’s time and effort. As labor-saving devices gradually became available, they offered users some spare time. It is not a coincidence, for example, that the women’s suffrage movement coincided with the availability of tin cans and sewing machines. These inventions lessened the time women had to spend making clothes and preparing winter food.
But then a new issue began to surface: When labor-saving technologies are activated on a broad scale, what happens to the laborers who used to do that work? Theoretically, if the totality of human labor needed to produce greater profits is reduced, everybody should have more leisure time for other pursuits. But it hasn’t worked out that way so far. What has happened is that the savings in labor have resulted in a reduction of the work force (in any given industry) and the increase in profits has gone mostly to the inventors and investors.
Additional leisure (non-work time) time was given to post-WWII union workers in the form of the forty-hour week, sick leave and vacation time. But that formula became a standard benefit and has been frozen in place since the 1970’s. Not only that, but inflation also froze purchasing power. Since 1971 when the gold standard was abandoned by Richard Nixon, many workers have been receiving the same wages, while inflation has decreased purchasing power by 500%.
So, that is the problem: In order to preserve our capitalist system with its dependence on consumer activity, we have to distribute our national wealth more widely without using the Socialist solution of government intervention. What is the capitalist solution?
The capitalist solution is profit-sharing with employees. There are many forms of employee participation in ownership already in practice at some of our most successful companies. One movement which has recently been gaining momentum is called “Conscious Capitalism”. This is a revolutionary program, which has been developed and organized by a new generation of managers.
Conscious Capitalism’s two main spokesmen are Whole Foods CEO John Mackey and management consultant Raj Sisodia, who collaborated on the bible of the American version of this philosophy,  Conscious Capitalism, Liberating the Heroic Spirit of Business (2014 Amazon Books). They present a stunning re-thinking of capitalism. They begin by defining the goal of business as “the creation of value” for the entire ecosystem of the enterprise, which includes the customers, managers, employees, community, shippers, investors and the environment.
Leaders are the servants of all these stakeholders. Their job is to make them all happy. The first step is to identify the goal of the enterprise as a concrete value to society. For Whole Foods, this is to present to the public the freshest, most healthful, abundant and nourishing choice of foods available.
For Conscious Capitalism, shareholder profit is a means to an end, not an end in itself. It makes possible the realization of the true goal of the company. This philosophy extends to corporate responsibilities ranging throughout the entire outreach of the business, including the conservation of the earth, the financial welfare and safety of employees, etc.
Raj Sisodia makes a strong case for the ethical, noble, heroic and passionate character of capitalism properly conceived as well as its proven potential to alleviate world poverty. The idealism of these thinkers is the most compelling revision of capitalist theory since Marx objected to its every facet two centuries ago. Not that there are no dissenters. Along with Marx, there are still many who simply do not believe that any business can or will survive without bowing to the primacy of shareholder profits. Of course, if a large percentage of the shareholders are also employees, who knows?
If Joe Biden comes up with something like Conscious Capitalism as his solution to “rebuilding” the middle class, we may all have to revise our thinking about the Democrat Party. Seems highly unlikely, doesn’t it?
© 2019 Richfield Press. All rights reserved.