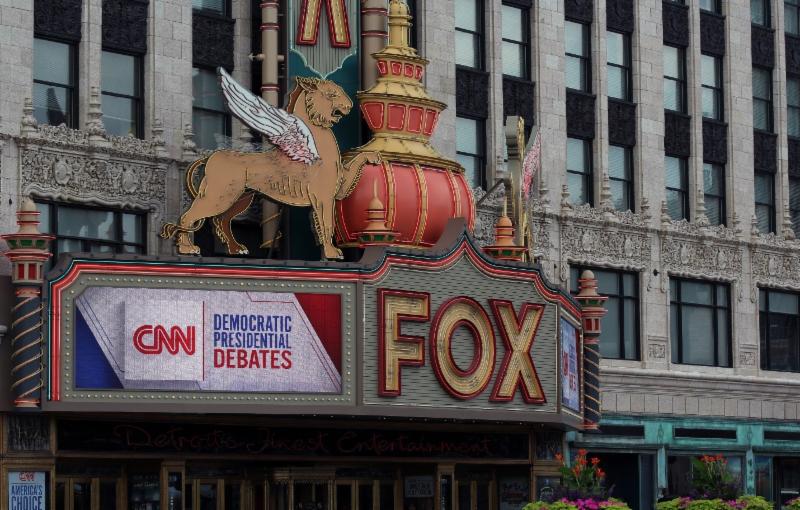 by Dr. Larry Fedewa (August 4, 2019)
If we thought that Hillary with all her baggage was about as sorry a candidate as the Democratic party could come up with, the current crop of aspirants is proving us wrong. This crop does not seem to have even a coherent message. They are angry, they fight each other, they see horror everywhere, they are advocating pie in the sky, and they hate Donald Trump. That’s about it.
Unless some superstar emerges from the shadows, or Mr. Trump flounders into a recession, it’s hard to see much of a contest in 2020. Not that the Republicans haven’t had their own streaks of weak candidates  – one winner in two out of six elections between 1992 and 2016 is not a sterling record. But so far it is difficult to take the people in the Democrat field seriously.
Most want to eliminate fossil fuels in 10 years – when there is no comparable substitute? When the entire world depends on fossil fuels for survival? Even their statement of the problem is out of date. Nobody can look at the violent weather we have been experiencing and doubt that the climate is changing. But when has it ever not changed? As far back as records go there have been changes in the climate. What about the Ice Age?
Yesterday the scientists were telling us that there is global warming and the polar ice cap is melting. If that were true, battery-driven cars wouldn’t help us much. The first thing to do would be to move all the seaside structures to higher ground (as Andrew Yang proposes). But we see large numbers of people who won’t even move their towns away from flood planes after being flooded out every other year. How are we going to move New York City or Los Angeles inland?
And more recent data are showing that the ice cap isn’t melting anymore. Not only that, but after the Council of Rome scared us all in the 1970’s with the idea that climate change was controlled by human carbon emissions, the more sober climatologists have begun to assert that human intervention is vastly overrated. Common sense tells us that we can’t change the weather.
True –  air, water and food pollution are dramatically affected by human waste. But most of that damage in today’s world is done by the developing nations — which were not even included in the Paris Accords which every Democrat running for the presidency vows to reinstate.  It was basically an agreement by which the USA would pay for as much of the world pollution as India and China wanted to have cleaned up.
Another characteristic of our sophomoric class of presidential wannabes is that they have a hard time understanding facts which do not agree with their ideas. This is not only the case with climatology, but also with other positions they take.
For example, they keep insisting that the Trump tax reduction benefited primarily the very wealthy – corporations and individuals. The recent data show clearly that the tightening labor market is benefiting the lower skilled workers disproportionately with half of the 7 million new jobs going to minority workers at an average 8% increase in pay with the highest employment numbers in history. The Enterprise Zones are attracting billions of new investment dollars and property values are increasing by 20% – helpful especially to the more than half that population who own their own homes.
There is no question that the poorest areas of our country – both in the great cities and some rural areas – need attention. There is truly no excuse for the wealthiest country in the history of the world to tolerate homelessness, starvation, untreated illnesses, drug addiction and sub-par education.
But talking about these problems is not going to solve them. Nor are more federal programs. The Great Society proved that – those programs made the problems worse, including the breakdown  of the family structure.  The President doesn’t use the most effective words, but he does more than talk – he acts.  Actions ultimately speak louder than words.
And then there is education. To summarize the superficiality of the current ideas once over lightly: They want to give way college education while ignoring K-12. What is wrong with this picture?
First, only about 1/3 of Americans graduate from college, while by law 100% of Americans attend at least 10 years of lower education. Second, K-12 schools – especially in the poorer sectors of our country – are fundamentally flawed in curriculum as well as teaching quality. They are singularly unsuccessful in preparing children for earning a livelihood in this digital society. They are run by local governments for the benefit of the administrators  guided by the teachers’ unions. Since those unions are instruments of the Democrat party, they are not on that political agenda.
The fundamental issue of today’s post-secondary education is its cost. Since the state and federal governments got seriously involved in higher education, their tuitions, fees and lodging have skyrocketed! Most federal money has gone for buildings – and have they ever built buildings! Since when did a college need an athletic field house more ornate than most professional facilities were a generation ago? What does that have to do with teaching math or history?
The truth is that colleges are no more successful than K-12 schools in preparing our 21st century work force – with a few exceptions in technology and engineering. The entire educational establishment is outdated and in need of serious reform. It is a hopelessly expensive boondoggle, which is not going to be fixed by spending another $10 trillion of public money.
And finally, there is health care. That is too big for this week. Stay tuned for next week’s column.
© 2019 Richfield Press LLC. All rights reserved.