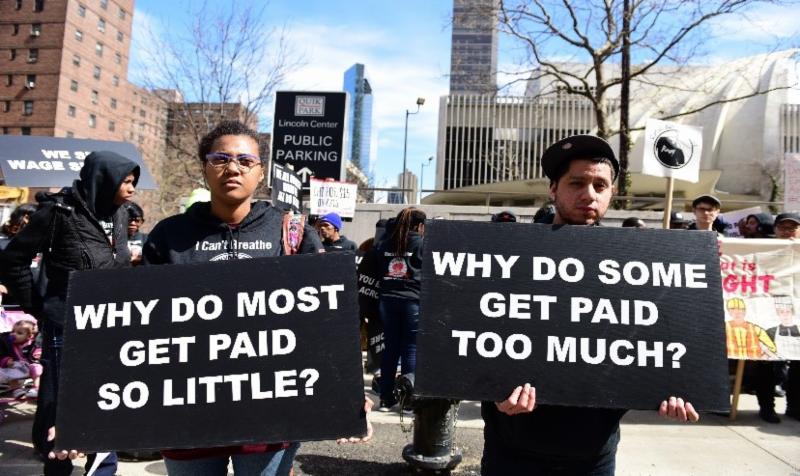 My first experience with a union came when I represented the newsroom’s intention to hold a vote for a union to the publisher of a national weekly newspaper. I had a summer job there after my first year as a high school teacher.
Later, as a training developer, I wrote, produced, and oversaw one of the largest industrial training programs in history for the Railway Labor Executives’ Association (a council of all major rail union presidents). I also executed major projects for the Federal Railroad Administration, AMTRAK, Conrail, and others. Still later, I worked very closely with the National Education Association, the professional teachers’ union in a major joint venture, a national research project, and addresses to two national conventions.
The reason I mention all this background is to establish my position as an ardent supporter of the labor movement. My comments come from a position of firm commitment to the need for workers to take their place at any table which determines their welfare.
The occasion of this attention to the labor movement is this week’s Supreme Court decision in Janus versus AFSCME (American Federation of State, County and Municipal Employees). Not only do I agree with the decision, I also think it is good for the unions. On the first count, I agree that “freedom of assembly” also means freedom to say “no”. Otherwise, it is not free.
It is good for the unions because it puts them back in the business of listening to the rank and file – a habit which has gotten lost when the leadership was able to take for granted nearly unlimited financial support. The leaders have gotten into the alternative habit of spending their time, talent and money on their chosen political adventures. The SCOTUS decision reasserts the proper priorities for all unions, including the trade unions and all private sector unions.
The challenge for the private sector unions is this: You have a problem — it is called “relevance”. Union membership has declined by 50% since 1983 when counting began. The proportion of workers who belong to unions in 2016 is 10% compared to 20% in 1983. And the demographic group with the most workers is the baby boomers, born between 1946 and 1965. Young union members are even more scarce.
Why the decline? Lack of a cause? Not hardly. Between 1971 (when Nixon left the gold standard) and 2018, average worker income has hardly moved (until very recently) but purchasing power decreased by 506%! Who has been fighting for the American worker for the past 50 years? When the double trouble of inflation and globalization decimated the American working class, who was there to stand up for the American worker? The answer is, NOBODY! It took a billionaire businessman President to even begin to reverse these trends.
So, what can Labor do?
1. First, decouple Labor from the Democratic Party. The Democrats haven’t helped us any more than the Republicans. Labor’s support should go to the people who are committed not only to talking but to doing the things that will save the working class, restore their purchasing power, and get the government off their backs. What concrete policies will accomplish these results? Here are some ideas:

2 Share the wealth!! In order to keep up with inflation, worker income has to keep pace with productivity. What does that mean? “Productivity” is measured by how much it costs to deliver a product or service. Human labor is a major component of the cost of production. Therefore, an increase in productivity includes a decrease in the cost of the labor it requires. So, what happens? Profits go up. But who implements that improvement in profits? The people who produce it. So how come only the owners and inventors get all the profits? They shouldn’t! Who is going to stop them-who is going to stand up to them and make them surrender a fair share of these profits to the workers? LABOR! Who else knows how to do this? Who else has a 150 years of experience and influence and public presence? Only LABOR!

3. Change the laws! Profit-sharing should be easy, not hard. The taxes, regulations, and inheritance rules which encumber ESOPs and other profit-sharing programs make it very difficult to reward workers with stock, options, even cash. It is too easy for the opposition to refuse. That has to change.

4. Worker training. Everybody is expected to go to college on the promise for better earnings. Just over 30% of Americans have bachelor’s degrees and 12% have post-graduate training. But what about the other 70%? What about the trades? Where are the vocational/technical schools that we used to have? Where are the union apprentice programs? Why are the worker training programs in companies always to the first to be cut on a downturn? Who is looking out for the 70%? Nobody! (Tax policies can have a role here.)

5.  Encourage families! America’s population is aging and not reproducing itself. One of the reasons for this seems to be the lowering of the middle-class standard of living which has deteriorated so sharply in the past two generations, causing fewer marriages, later marriages, smaller families, more abortions, and more fatherless households. It has emasculated two generations of American working men who can’t support their families. One result has been a demand for government laws and programs which make these conditions more bearable. But the weight of human history is on the side of family formation and sustenance. Strong families are one of the pillars of prosperity. Government has to become family-friendly again.

6. Shark Tank! Another means of uplifting the middle class is entrepreneurship. The popular television show has shown what can be done when entrepreneurs are encouraged and capitalized. Local shark tanks can make all our lives more enjoyable.

Just a few ideas to help us grow into our potential.
© 2019 Richfield Press, LCC. All rights reserved.