If partisanship blinds one to his/her obvious duty, that person does not deserve to hold office in this Republic.
By Dr. Larry Fedewa (March 17, 2019) 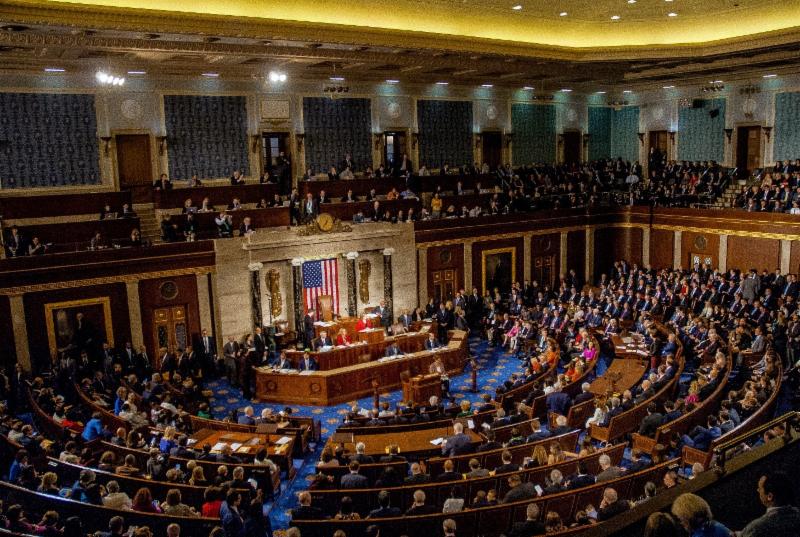 There comes a time when partisanship can blind politicians to their duties as patriotic Americans. Apparently the U.S. Congress has arrived at that time. Anyone who has been following events at our southern border for the past several months has seen an alarming situation grow worse and worse.
The caravans from Central America have been arriving with increasing frequency – to the extent that we are now expecting nearly one million illegal immigrants to cross from Mexico into our country this year. Under our current laws, “catch and release” has become again the order of the day. Everybody knows by now that we simply do not have enough capacity to house so many people at the border, so hundreds of thousands of unvetted, undocumented individuals are being shipped all over the country every day.
Yet our politicians cannot seem to do anything about it. First, the Democrats stubbornly refused to provide funds to build the barriers needed at the border crossings which are not protected by natural barriers. They had absolutely no basis for this opposition, since most had previously supported even larger budgets for such construction.
Their only reason was naked partisan hatred of the President of the other party, Donald J. Trump. All the experts, from the Homeland Secretary on down through present and past heads of the Border Patrol and ICE (Immigration and Customs Enforcement) – even the reporters who are covering the stories — pleaded in vain for the support necessary to deal with a massive humanitarian and national security situation. To no avail. Hatred first, law enforcement second.
The reason that this issue had not been resolved by the Republican Congress which preceded this one is the stubborn refusal of Republican Senate Majority Leader Mitch McConnell to change the “60-vote” rule to break cloture when it became obvious that the Democrats were united against anything and everything that appeared on the new president’s agenda. McConnell allowed the exception for Supreme Court nominees but acquiesced in most other cases. With a majority of only 51 votes, the Republicans squandered their two-year advantage on many key issues. And this situation continues even now.
The Congress continues to thwart the only politician in Washington who is sincerely trying to perform the foremost duty of the national government, namely, defending the American people from foreign intrusion. Today, that intrusion is not military, but cultural, medical, criminal and economic. It should not be necessary to point out that protection of the American people is the foremost obligation not only on the President, but also of the entire federal government, including the Congress.
Flimsy excuses of abrogation of the separation of powers as stipulated in the Constitution are no justification for allowing the tragedies at the Mexican border to continue and increase every day, including the unabated flow of illegal drugs, gang members and criminals into the USA.
Elected representatives of the federal government take an oath to defend and uphold the laws of the United States of America against all foes, foreign and domestic. If they can’t or won’t live up to that oath, they should be branded as traitors and removed from office. Rumors of impeachment are targeting the wrong victim. If partisanship blinds one to his/her obvious duty, that person does not deserve to hold office in this Republic.
© 2019 Richfield Press. All rights reserved.