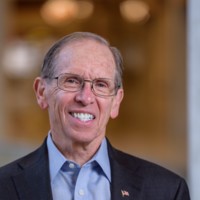 Mayo Clinic Medical School at Mayo Clinic, Rochester, Minnesota.Dr. Ed holds the chair  as John and Roma Rouse Professor of Humanism in Medicine and is now  Emeritus Professor of Humanism in Medicine and an Emeritus Consultant in Palliative Medicine. An award-winning author among many other honors, Dr. Ed was also named Outstanding Educator from the Mayo Clinic School of Continuing Medical Education and has received the Distinguished Mayo Clinician Award-Mayo Clinic’s highest honor.

Larry Fedewa, Ph.D. is a conservative commentator and radio talk show host on social and political issues. Former international technology executive, business owner and college president, he lives on an Arabian horse farm near Washington, D.C. Dr. Larry currently writes a weekly column for the Richfield Press, LLC, and hosts “The Dr. Larry Show”  on Wednesdays 7-8pm at
www.BatchelorNewsRadioNetwork.com (podcasts of recent shows on this website).
Original text:
What a Free Market Health Care System Might Look Like: Note 1 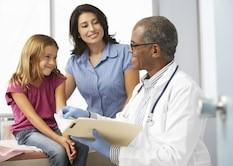 By Dr. Larry Fedewa
(August 10, 2019)
This week’s column is an updated reprint of a piece I wrote a couple of years ago when the backlash against “Obamacare” first inspired Republicans to talk about “repeal and replace”. Since they are still talking and since the Dems are now also talking about health care alternatives – especially federal takeover of all health care – the topic remains open for new ideas. I have approached the topic from the perspective of a clean sheet of paper. Why try to build a system on the bones of a failed system, a system no one likes? Why not instead build a new system on a foundation of goals which everyone accepts and agrees with? This is my answer to that question.
ADD:
Before I outline  the new system, however, I would like to point out the there are only a few differences in the way the ordinary American will experience dealing with health care.
1) First, instead of having their health insurance premiums deducted from their paychecks, the average American will be responsible for paying these premiums themselves. The easiest way to handle that would a bank auto-pay.
2) The premiums will probably be cheaper than current payments because of the competition for you dollar.
3) You will pay your insurance premium through an organization of your choice — your credit union, church, town, neighborhood association, or a specialized medical insurance cooperative. Your medical insurance will NOT depend on your employment. It goes with you wherever you go.
4) When the medical bills do come due, they will be paid by your own medical insurance company and possibly  your own medical savings account.
5) Most important: the life and death decisions affecting your family will be made by YOU, not some nameless bureaucracy of the insurance industry or government.
The starting point for a discussion of a national health care system should be setting our goals. I believe that American health care should be:
1. High quality and state-of-the-art
2. Available to all
3. Affordable
4. Abundant
5. Well-funded
What are the principal obstacles to these goals?
a. The shortage of medical personnel.
This shortage has two facets:
1) not enough medical professionals are produced in the first place, and
2) too many drop out before their time.
There are whole areas of inner cities and rural America, for example, which have no physicians at all. Why? Because our medical schools do not graduate enough doctors to serve the population of the United States. Why not? Lack of intelligent students? Lack of students who are motivated to give their lives in service to humanity?
Not at all. The reason is lack of money! Medical education is so lengthy and so costly in this country that very few students can afford to go to medical school. This situation has created a national crisis.
One very good use of taxpayer funds would be to offer medical and nursing school students free tuition, open to all qualified applicants. We do it for the military, why not for doctors and nurses? The cost would be minuscule compared to the Department of Defense or agricultural subsidies.
This policy would have a massive return on public investment. More doctors would increase coverage of the population (perhaps there should be a requirement for a graduate M.D. and R.N. to spend two years in a “no-doctor zone”). More doctors would increase competition for the patient dollar. More could devote themselves to research. New people, new ideas, new openness to change. The quality of care would go up, and the cost would go down – a mantra we have been hearing a lot lately. This program would also assure continuing support for U.S. medical technology which is already the envy of the world. 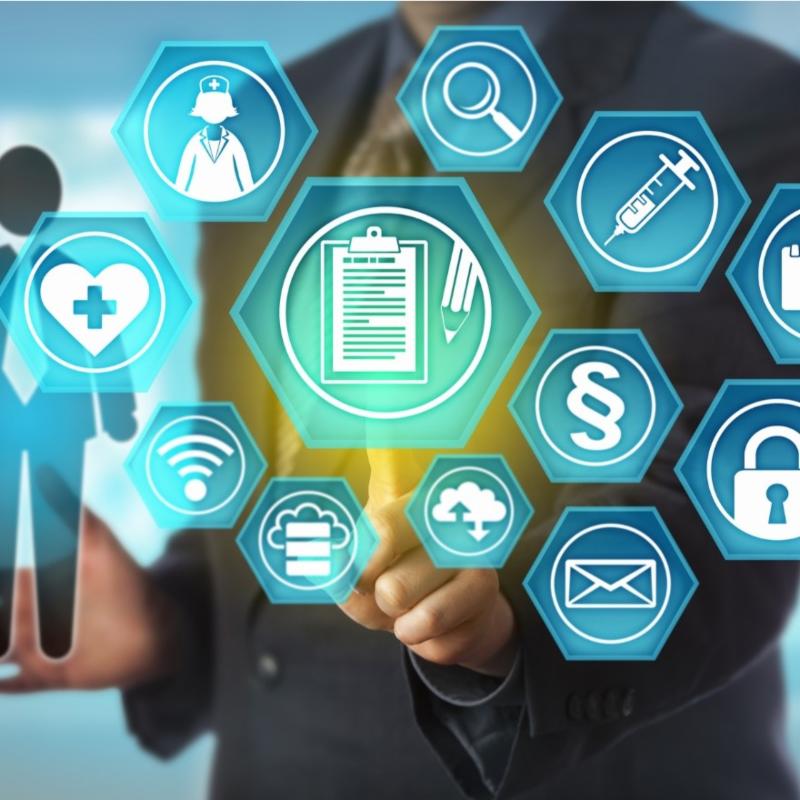 b. Inadequate funding
So how do we provide for adequate funding? Where does the $3 trillion we now spend go? The money flow starts with the employers who pay the insurance companies out of profits. It then goes mainly to the vast bureaucracies in the insurance companies which distribute the money, the government which oversees the money, and the hospitals and practitioners who must respond to the companies and the government.
Health care expenditures in the USA are approximately as follows: (Source: National Health Expenditures 2017 Highlights – CMS data)
– Medicaid $581.9 billion
– Medicare $705.6 billion
–  Practitioners = 20% – $700 billion
–  Hospitals = 33% – $1.1 trillion
Only about one-fifth of the $3.5 trillion spent on healthcare gets to the practitioners. So how can this labyrinth be simplified?
1)      It is a drag on the efficiency of the economic system by vastly increasing the cost of starting and staying in a business, and
2)     it is a drag on the healthcare system by removing from individuals the responsibility of seeing to their own health needs.
c. Insurance Companies and Government
A patient-centered system also reduces the role of federal and state governments (61% of health expenditures). The patient doesn’t need the insurance company or the government. If both the government and the insurance companies were completely eliminated from the system, nearly two-thirds of the cost of American health care would be gone. Of course, there will always be some need for both, so assume that half of that cost would be gone. At today’s rates, that would be about $2+ trillion. This is a gross number, but it shows the potential.
1)      There is still a place for insurance companies in this system, although dramatically reduced. The most obvious place is for catastrophic insurance. A safety net for when something very expensive happens to someone in the family – or the church, or the credit union, or whatever assembly of people the individual chooses to participate with. And this brings us to the role of governments.
2)     The first federal government act should be to lift all interstate commerce restrictions on insurance companies, so that they are free and invited to offer policies in any or all the states they wish without the necessity of creating a separate bureaucracy for every state they enter.
3)     The second federal reform should be the creation of a program for financial aid to qualified students in the medical professions. My suggestion would be a free education in exchange for a period of service in under-served areas of practice as determined by a federal government body, such as, CDC or NIH or HHS (CMS).
4)     A third federal reform which would dramatically reduce national health care costs is tort reform. Everyone makes mistakes, including medical practitioners and hospitals. It is the federal government’s role to protect both the treatment sector and the patient. But the current practice of unlimited liability has led to “defensive medicine,” that is, exhaustive tests and treatments used far beyond medical purposes. These extras are done to provide a defense against the inevitable lawsuit in case anything goes wrong. This uber caution has become a major cost driver in American medicine. Congress should set reasonable and realistic limits on the monies which can be given to the victims of everything from malfeasance to honest mistakes. No more windfalls for injury lawyers.
d. Universal Coverage
The larger issue is care for the poor and the other under-served members of our nation. The concept of universal care is a noble and worthwhile goal. But socialized medicine is not the only or even the best way to achieve universal care. We have government
programs to feed the hungry; to provide health care for the elderly;
to protect the innocent. We can provide health care access to the poor and the under-served, whether because of poverty or location. We can also do better than the COBRA coverage for those who lose their jobs.
It is very tempting to design a system in which no government plays a major role. However, the most efficient way to care for the poor would seem to be a State-run program which levies a small per capita fee on each pool of insured to be placed in a designated fund, administered by the State, for the benefit of qualified citizens. A model for such a program might be the Medicaid programs in each State. Another model is the Uninsured Driver programs administered by the states.
e. Medicare
We have now discussed the entire healthcare cycle without mentioning Medicare. There is a moral and legal mandate involved in Medicare which does not exist elsewhere. Medicare works reasonably well as a medical insurance system for those who contributed to it all their working lives. The most prudent and honorable way to approach Medicare would seem to be to leave it alone for those to whom commitments were made, even while moving the system slowly toward a patient-centered system for those just starting out, with free choices developed for those in mid-career. The pressure of the free market system we have been describing here will undoubtedly alter and reform Medicare as the new system matures in due course.
Conclusion
So here is what a free market system might look like. It would fulfill all our goals for an American system that is:
1. State-of-the-art;
2. Available to all in need;
3. Affordable;
4. Abundant; and
5. Well-financed.
To get there, we need to:
1. increase the supply of medical practitioners,
2. create a patient-centered system by letting the patient spend his or her own money on healthcare;
3. create state-sponsored safety nets for the poor and underserved.
These proposals, of course, seem radical today, even in America’s free market culture. But sometimes the most obvious solution is indeed the best. The fact is that the employer-based system we have today was initiated because the elite of another day needed a quick way to exempt health care costs from federal taxes. No one thought that this simple IRS rule would hamper businesses forever. So, let’s change that!
© 2019 Richfield Press LLC. All rights reserved.